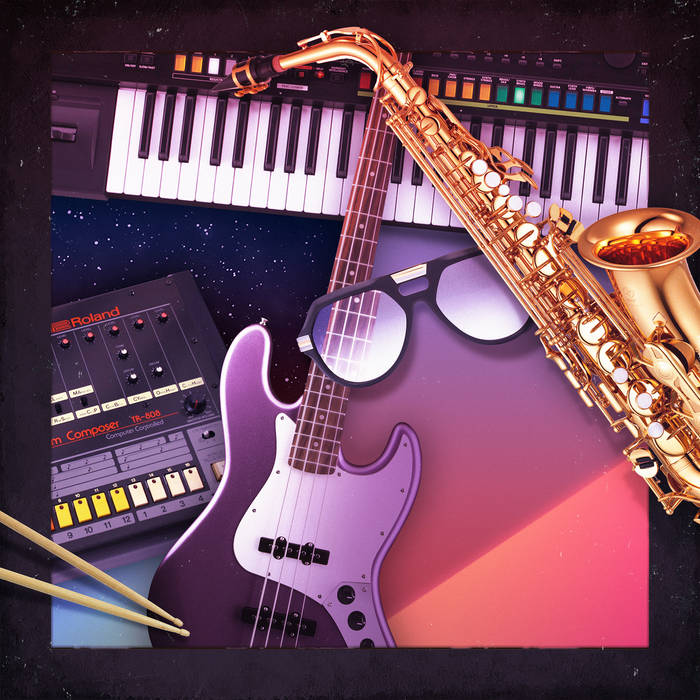 Known for their expertly-crafted mixes and deep knowledge and appreciation of 80’s and 90’s Hip Hop and R&B, SPARKLE MOTION take their first foray into the world of original production with the release of MAKE THE MUSIC, a dazzling exploration into a world of filtered R&B vocals, golden-era rap samples, masterful keyboard arrangements and bouncy 808 bass lines.

This strictly all-instrumental beat tape draws on a variety of influences and artists, from BABYFACE to LEVEL 42 via CAM'RON and BOOGIE DOWN PRODUCTIONS.

Armed with a magic bag of samples that might only be identified by the most seasoned crate-digger, this is essential for fans of KENNY DOPE, ARMAND VAN HELDEN, MARK RONSON, ONRA and DAFT PUNK, while also appealing to instrumental junkies and beat-heads alike.

From the spaced out, intergalactic vibes of ASTRO BREEZE to the pounding, synth odyssey that is TECH NOIR, MAKE THE MUSIC is a full, electronic turbo-charge of sophisticated compositions and melodies, arranged to give a retro feel while keeping things fresh, modern and cohesive.

CRUISE CONTROL finds us riding shotgun on a misty tropical highway among the stars; soothing chords and the perfect bass guitar lick make it sound like something you'd find on a modern day OUTRUN soundtrack, while the title track MAKE THE MUSIC - featuring whirling police sirens, firey synthesizers and the perfect old-school rap vocal - wouldn't sound out of place on the soundtrack to a remake of ESCAPE FROM NEW YORK.

Another highlight is the uptempo, soulful disco thump found on INSPIRATION, which borrows the perfect vocal chop from one of pop music's all time greats - while also paying respects to the “French Touch” sound of the mid to late 90’s.

Indeed, showing respect and appreciation is what MAKE THE MUSIC is all about - SPARKLE MOTION pay homage to the artists and sounds they obviously loved and listened to growing up, while creating something new and unique that sounds like little else right now.

Bandcamp Daily  your guide to the world of Bandcamp

MF DOOM is given his flowers, plus appearances from MC Jada Imani and Stanley Ipkuss